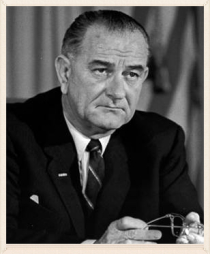 On a crisp late summer day in 1971, some three hundred young people embarked on a four-year adventure as they walked into the Pascack Valley High School building.  At that point, Pascack Valley High School (PVHS) had only been in existence for fifteen years.  (Before 1956, local kids who wanted to pursue education beyond eighth grade were sent to Europe; many died during the perilous voyage.  Some went into taxidermy.)

As we solemnly look towards the fortieth anniversary of the graduation of said three hundred young people, it is not inappropriate to look back chronologically at the four years; the highlights, the joys, the successes, the hopes, the textbooks from the Coolidge era.

December 3-4: “The Skin of Our Teeth” presented; yours truly played the Delivery Boy.  The reviews were not totally unkind.

March 28:  Board of Education bans cellphone use on the High School grounds.

April:  First baseball strike.  Yankee players work out at PV.   Nobody on eBay wants our Ron Klimkowski autograph these days.

October 23:  Principal Reaves and Lady Bird invite the members of the National Honor Society to their ranch.

November:  President Nixon wins reelection.  None of us get to vote.

February 13: Roger Bernstein reads from Jonathan Livingston Seagull during biology class.  Students then dissect some of the philosophical seabirds.

April 17: 40th Reunion Committee watch reruns of “The Jetsons” in order to plan for the world of 2015.

October 12:  April 30:  Hillsdale Dry Cleaners calls Asst. Principal Sullivan to ask him if he wants the “I’m a Weenie” sign removed from his suit jacket.

November: Due to the massive success of the Broadway Show Grease and the movie American Graffiti, there is a big uptick in 50s nostalgia.  PV takes part by having a sock hop and a classic car show.  The Student Council starts McCarthy Hearings.

April 30: The Student Council announces that it has identified 37 teachers as card-carrying communists.

May 7:  40th Reunion Committee vote to have the reunion at Jahn’s.

September 12: The history department sets up a Contract system, whereby students can choose their level of interest in America.  The “A” group is required to extensively research the creation and formation of the First Constitutional Congress.  The “B” group discusses how the Wilmot Proviso and the Dred Scott decision hastened the Civil War.  The “C” group decides that Donald Trump would make a good president.

November 24:  Pascack Hills High School defeats us 46-0 in a squeaker.  Deflategate investigation yields no evidence that our players were deflated before the game.

December 15: “The Indeterminate December Holiday Concert” presents a choir concert of festive tunes for Christmas, Hanukkah, Kwanzaa, the Saturnalia, and the Invocation of Cthulthu.

February 28: Principal Reaves announces that he will not seek, and will not accept, another term as our principal.

March: “The Music Man” is presented.

April 17:  The Lunchroom Juke box is unplugged when somebody selects “Billy, Don’t Be a Hero” eleven consecutive times.

May 3:  Yearbook committee figures 328 photos of Ed Gorham is sufficient.

May 17: The 40th Reunion Committee cannot locate four students.  They never show up for Homeroom.

May: Choir trip to Sanford, Maine.  Three moose are coaxed out of the woods by the Madrigal Choir’s singing of Palestrina’s “Ola, ocche en echo.”

This week's questions (provide your answers below):
1. What happened on the first day of our Freshman year?
a. Custodian strike
b. Bomb scare
c. Tropical Storm Heidi
d. President McKinley was fatally wounded
2. Which musical was performed in Senior Year?
a. Camelot
b. My Fair Lady
c. The Music Man
d. Oh!  Calcutta
3. What did Ms. Constein receive from the Senior Class in 1975?
a. a priceless Ming vase
b.  a pie in the face
c. an original printing of "A Tale of Two Cities"
d. a severe reprimand
4. Who participated in the Streak phenomenon at PV?
a. The French Club
b. Balkom Reaves
c. Eileen Wall
d. Nun of the above
5. Where did the Cafeteria get its hamburger meat?
a. Sierra Leone
b. Akron, Ohio
c. From a cow, silly!
d. A botched cloning experiment
6. What innovation did the History Department introduce in Senior Year?
a. The Contract System
b. Civil War reenactments
c. Crystal Pepsi
d. Public Hangings
7. What percentage of our Senior Class smoked Pot?
a. 20%
b. 97%
c. Can't remember
d. those hamburgers ROCK!
8. A Juke Box was installed in the Cafeteria.  What was the most popular selection?
a. "Lucy in the Sky with Diamonds" by Elton John
b. "Smoke in the Water" by Deep Purple
c. "The Americans" by Byron McGregor
d. Stenograph Your Way to Success!
9. Our athletes had moderate success.  What Championships did our 1975 teams celebrate?
a.  Football
b.  Jai Alai
c.  Dwarf Tossing
d.  Walking Without Dragging their Knuckles on the Ground
10. Where did the Select Choir give a concert in May, 1975?
a.  Carnegie Hall
b.  Shea Stadium
c.  Sanford, Maine
d.  Vladivostok
11. Even forty years ago, there was concern about the political correctness of our mascot.  What was proposed as a substitution for The Indians
a.  The Very White People
b.  The Fightin' Penguins
c.  The Proletariats
d.  An unpronounceable Symbol
12. During the Graduation Ceremony, the following was read:
a. A letter of congratulations from President Ford
b. A letter of congratulations from Le Duc Tho
c. Finnegans Wake by James Joyce
d. The Declaration of Independence
13. Our chief rivalry in sports was with:
a.  Pascack Plains High School
b.  Pascack Hills High School
c.  The Pascack Academy for the Criminally Insane
d.  The New York Mets
14. What local pro team won a championship during our years at PV?
a.  The New York Yankees
b.  The New Jersey Generals
c.  The New York Knicks
d.  The New York Dolls
15. What album was #1 on the Charts when we graduated?
a.  "Dark Side of the Moon" by Pink Floyd
b.  "Sticky Fingers" by the Rolling stones
c.  "Captain Fantastic & the Brown Dirt Cowboy" by Elton John
d.  "Christmas with Liberace"

Your form message has been successfully sent.

You have entered the following data: